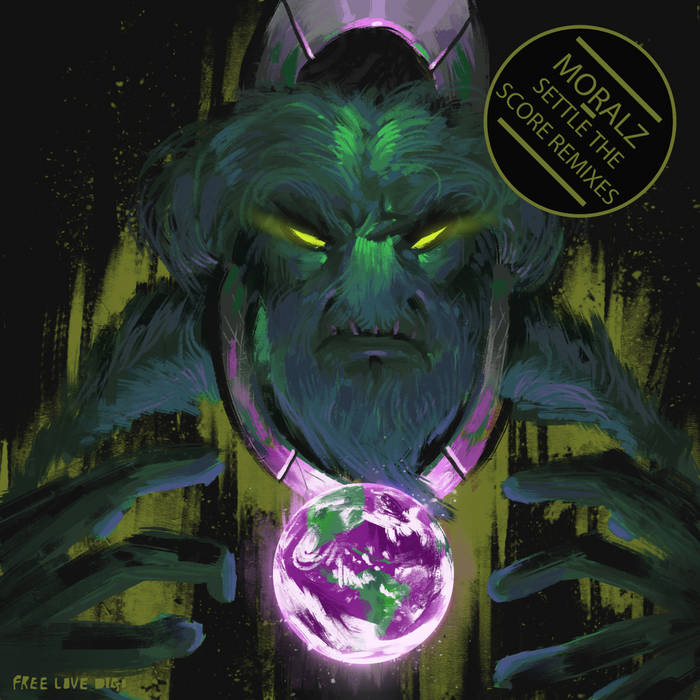 In May of 2016 Los Angeles based Moralz turned heads and Settled The Score with his debut E.P on Free Love.

Now we bring you the remixes. This bundle of interpretations will not disappoint. Included in the collection we have staple names in the stateside scene like 6Blocc and E-Sassin. We also looked forward with fresh sounds from Siskiyou, Neuropunk, DLX, Thomas B, Kloak and Devoe.

BIO FOR: Moralz
The veil of electronic music history has been lifted.?You are now immersed in a sonic landscape with no boundaries.?This is the genre defying sound of Moralz.

By weaving influential threads into a vast tapestry of poignant vibes, Moralz explores the universe of frequency, untethered to any BPM.

Moralz is prismatic, shining light on anything from Drum and Bass and Hip-Hop, to Garage House, Footwork and Dub. Through a wide lens, we experience the world of Future Beats and Bass with a unique perspective, radiating with diversity!

With Moralz under your radar, expect nothing. Receive everything.

BIO FOR: DLX
Breakbeats and bass are the cornerstones of DLX's music. Heavily influenced by early 90s jungle, but also taking notes from punk, hip hop, funk, and Soul. DLX's sound is all of these but none at the same time. DLX is never one to stick to one genre or bpm, yet his sound has stayed cohesive through the years. Combining old with the new. Frantic and intense breaks cut into shards and rearranged to make collages of sounds from the past. Classic synth sounds programmed to make you feel like you are in the future. Enough Bass to shake your soul and keep you in the present.